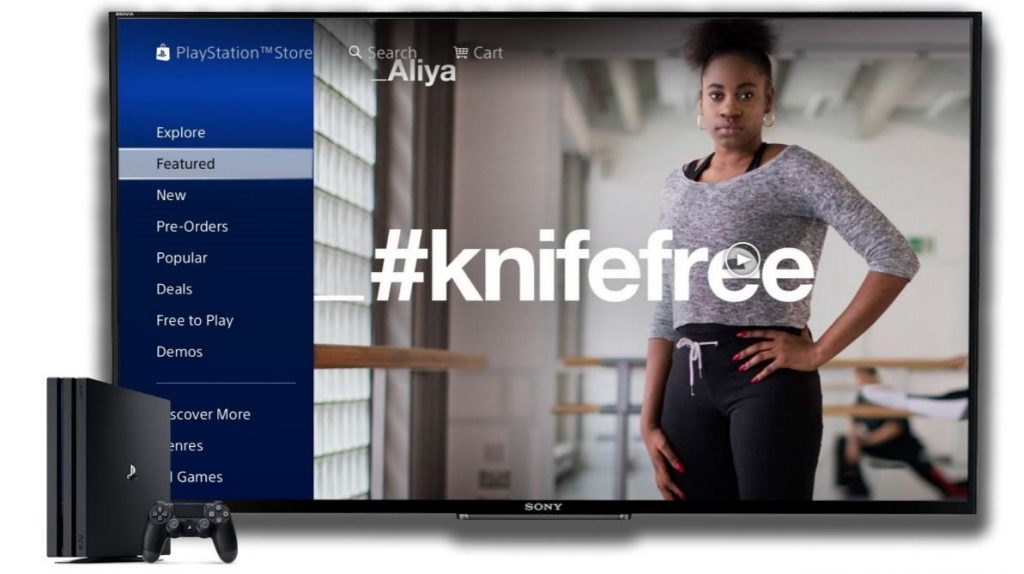 In November 2018, Venatus supported the Home Office’s #knifefree campaign to help tackle one of the Home Office’s key priorities – reducing knife crime in the UK. Young males aged between 15 and 18 were identified as the group most at risk of carrying or considering carrying knives, and this audience was found to have a passion for gaming, spending more than eight hours playing games each week.

The Home Office worked with Venatus to reach this target audience in a trusted environment, both whilst they were at home on consoles and on the move playing apps. On mobile, via EA apps, there was also the opportunity to cut-through to the target audience and increase engagement as the viewer chooses to watch the advert to receive an in-game reward.

The campaign used three different video creatives, each telling the stories of real people who have turned their lives around. The videos linked to the #knifefree website, providing access to information about the consequences of knife crime and inspiration on how to move away from it.

The targeted gaming campaign ran alongside targeted out of home, paid search, digital audio, and use of the video in shorter teaser formats on Snapchat and Instagram with a ‘swipe up’ message encouraging people to engage with the longer form assets.

The PlayStation video part of the campaign delivered 422,656 impressions with 267,065 completed views, generating a view-through rate of 62.2 per cent compared to the industry benchmark of 50 per cent.

Judges’ View: “A highly impactful, carefully targeted campaign which showed great insight into the target audience, where they could be found, and the creative required to engage them.”

Most Effective Use of Video